OUR TITLE SPONSORS FOR THIS EVENT

Changing the world of Risk: Women in LP 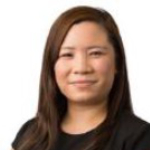 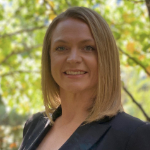 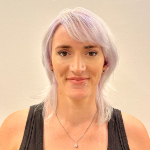 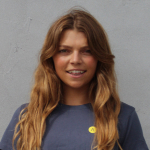 How to succeed in a traditionally male-dominated profession?  Join our panellists for insights on their career journeys, success secrets and the thinking that is taking them to top!

The panel will discuss:

Previous to this, Sophie spent several years working across national franchise organisations including Chemmart Pharmacy for 8 years and L.J. Hooker in State and National marketing and operations roles.

Deb is the Head of Loss Prevention for Bunnings, the leading retailer of home improvement and lifestyle products in Australia and New Zealand and a major supplier to project builders, commercial tradespeople and the housing industry. Deb has worked in the building industry for over 25 years with the last 16 years at Bunnings. Having held several leadership roles within Store Operations Deb transitioned into functional leadership roles within the Bunnings New Zealand business leading high performing teams across Business Improvement, Merchandise Support, Credit, Risk, Compliance and Loss Prevention.

In 2020, Deb made the move to Melbourne, to assume the role of Head of Loss Prevention at Bunnings. During this time, the Loss Prevention function has seen some visionary changes, most notably the implementation of an additional team focused on utilising event-based intelligence and innovative technology to disrupt Organised Retail Crime. Deb is deeply passionate about the safety of the team and the customer environment and sees the work her team are doing in this space as transformational.

Amelia Adey has been with KOOKAI Australia & New Zealand for over 14 years, and has been in the role of Loss Prevention for over 7 years. KOOKAÏ prides themselves on internal succession, and Amelia has had several roles created within the business to suit her development and skillsets, including that of Loss Prevention & Compliance Manager.

Amelia has been the driver in developing loss prevention programs for the business, including policies & procedures, stocktake action groups & plans, LP audits and training. Amelia has been project manager of such initiatives as POS surveillance & RFID as well as implementation of fraud prevention solutions across the growing eCommerce arms of the company.

Ellen is the Retail Partnerships Manager at Auror, a crime intelligence platform focused on preventing crime, reducing loss, and making stores safer. Ellen joined Auror in 2015, growing the customer success function globally. In her current role, she is responsible for the growth, support and success of Auror’s retail partners in New Zealand and Australia. Having worked with retailers in New Zealand, Australia and North America, her unique experience helps her to support Auror’s customers to tackle the loss and safety challenges they face in an ever-changing retail environment.

The customer is not ‘always right!’ 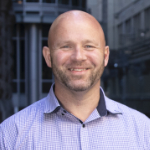 The nuances of managing conflict in the retail space…

There has been a surge in inappropriate and inconsiderate actions by customers with frontline staff dealing with more frequent abuse. This spike has included exponential increases in abuse and aggression. So, the question facing every retailer is how to prepare their frontline staff to deal with this?

He has consulted and lectured throughout the Middle East and USA, as well as working with government, industry regulators and industry across all Australian States and Territories spanning the spectrum of security, risk and all industry verticals.

He is an experienced instructor and a highly commercial change agent with superior ability to inspire innovation and enhance both overall performance and compliance/governance across multiple disciplines.

Trolley push out, under the radar… 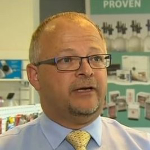 A new report exposes the myths surrounding this type of theft…

The hitherto ‘under the radar’ phenomenon of trolley push out theft is becoming a significant problem for all facets of Australian and New Zealand retail, given the free access to shopping trolleys as a primary carrier in many shopping centres and retail environments.

Nick Trudgett, General Manager of Gatekeeper Systems Australia, has 20 years of experience in the retail trolley management and loss prevention market, and in recent years has been focusing on the generally unseen rise in trolley related push out theft.

At Retail Risk – Sydney, Nick will discuss the findings of the recently released research white paper, Controlling Trolley Push-Out Thefts by Emeritus Professor, Adrian Beck, and answer some of the most common questions and myths surrounding this type of theft.

The human demographic of such theft events will surprise many, coupled with the varied value and how a large percentage of such thefts go undetected.

Whilst prevention and deflection are important, collaboration between retailers across the spectrum is also key to successfully reducing push out theft. Multiple retail tiers are impacted, not just those that provide trolleys to customers, as many perpetrators will use a trolley to carry merchandise from retailer to retailer and blend in with the general shoppers.

Data sharing and awareness of the methodologies and activities of both opportunist and organised crime are key to reducing losses – helping retailers to identify what is going on, under the radar, in their stores and allowing them take appropriate action. 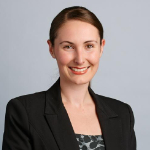 In an environment of strengthened regulatory enforcement action, and increased public attention on wage underpayment issues, it is imperative that retail employers have robust risk and compliance systems in place to identify, manage and mitigate people-related risks.

Tarsha Gavin is an experienced employment and safety law practitioner – join her for a round table discussion on:

Tarsha Gavin is a Managing Associate at leading Australian law firm – Allens. As an experienced employment and safety law practitioner, she assists employers with complex, sensitive and reputationally significant employment issues. Tarsha specialises in advising employers on large-scale wage underpayment matters and compliance with industrial instruments, particularly employers in the retail industry. Tarsha has deep experience engaging with the Fair Work Ombudsman and other regulators, and has also assisted clients with managing people risks and implementing new compliance and payroll systems.

Tarsha specialises in advising employers on large-scale wage underpayment matters and compliance with industrial instruments, particularly employers in the retail industry. Tarsha has deep experience engaging with the Fair Work Ombudsman and other regulators, and has also assisted clients with managing people risks and implementing new compliance and payroll systems. 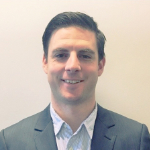 How is customer behaviour changing around post transaction disputes and what security measures can you implement?

Join Trinity Ambler of Ethoca for this round table discussion which will consider:

The discussion will cover other points raised by attendees, such as friendly fraud and chargebacks.

A fraud and payments expert, Trinity has been with Ethoca since January 2017. During this time he has worked closely with leading merchant and issuer clients across the Asia-Pacific region to ensure they successfully reduce fraud, decrease costs, increase revenue and improve customer experience. Prior to Ethoca Trinity worked for a range of payments, e-commerce and cybersecurity companies in Australia and the UK. He is currently based in their Melbourne office. 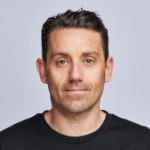 Join Andrew Kouimanis of Auror to learn how to create an ORC plan for your business, keeping your team and customers safe while engaging senior leaders

This round table discussion will focus on how to successfully plan, start and continue an Organised Retail Crime (ORC) plan for your business whilst keeping your team and customers safe.

It will also provide some handy tips on how to engage senior leaders on why your business needs to be landing ORC outcomes. 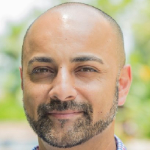 Join Teaj of GLORY Australia, together with representatives from the retail industry, for a discussion managing risks in payments

Be sure to get a seat at the table and hear more about the latest innovation in smart cash management solutions.

Teaj has been leading Glory Australia as the Managing Director since 2018, following 5 years of success as the Sales and Marketing Director for the business. He has focused on transforming Glory Australia from a market leader within the banking fraternity to a leading expert in cash automation and securitisation in the Retail, QSR and Convenience market segments.

Teaj and the Glory Australia Team have worked with Loss Prevention, Risk Management and Security Executives to help drive efficiencies and improve the handling of cash throughout their stores.