What can the UK learn from the Middle East, where it is legal to carry a blade, but knife crime is virtually non-existent?

Peter Page, Chair at Retail Risk – London 2019, makes a comparison between behavioural approaches in the UK and Middle East

Violent crime, and in particular crimes involving knives, is rising in UK shops at an alarming rate.

Three main reasons were noted for violence to be triggered – to commit a theft (robbery), when challenged about one’s age and when abusing drugs or alcohol. Whatever the motivation, the use of knives is becoming more noteworthy and worrisome. So, what is causing these issues?

The root cause of knife crime has been one of the main stories making the news since the start of this year and the reasons have been debated perennially. Gang culture, the need for ‘protection’, a lack of opportunity and fashionability are just some that are espoused. Couple this epidemic with a lack of stop and search powers and Police reticence to employ these for fear of perception and alienating sections of the community, and to many considering using knives and bladed weapons in stores, it must almost seem worth taking the risk. To try to combat this, the retail sector spent an eye-watering £1billion pounds on crime prevention during the same period, yet the figures continue to increase.

For many, one of the fundamental reasons for such lawlessness starts at home at a young age with a lack of effective parenting. Section 58 of the Children Act 2004 outlines that it is illegal to hit or smack a child unless it is reasonable punishment. Let me be quite clear, I am not an advocate of corporal punishment and this legislation is a good thing, but – the unanswered question that it poses is how to manage behaviour instead and this has been the problem for many parents and carers for a generation.

From a behaviourist point of view, there is almost 100 years’ worth of evidence to support the use of positive reinforcement as the most effective way to modify behaviour, indeed it is now considered unethical (and often illegal) to use aversive punishment. In simple terms, what this means is that it is far more effective to praise a child’s good behaviour, whilst ignoring the bad behaviour until it stops or becomes extinct. The trouble is that this can take longer to achieve, with behaviour getting worse before it gets better, and seems counter-intuitive to most people; the child misbehaves so I divert them to another activity and then praise them for doing the other activity well whilst saying nothing of the bad behaviour.

This is the missing piece of the puzzle to effective parenting but, in our busy lives, how many of us have time for this approach? How many times have we seen parents give in to a child’s tantrum in a supermarket so that the problem quickly goes away (reinforcing the bad behaviour in the process)? rather than letting the child throw their toys out of the pram and scream & shout until they eventually stop, with the child now knowing they cannot get what they want in this way?

Not all Middle Eastern countries are wealthy. And many are grappling with how to tackle the expectations of large numbers of unemployed youths. However, can we learn anything from the situation there? If I compare the UK situation to the Middle East, where knives are legal to carry, I know of only three incidents of knife crime in retail in 10 countries in the last 13 years. One of these was a fight that happened to be in a mall, one was a targeted attack on an individual known to the perpetrator and the third was terrorism for which the attacker was later executed (it is not about the deterrent of harsher punishments).

The difference is in the extended family support that is applied to parenting and raising children. It is not simply the responsibility of one overworked parent to bring up the kids, but it is shared by the whole family. So long as the approach is consistent, the child will learn what is acceptable far more quickly and be bound by these cultural norms.

Next time you see a parent letting their child have a tantrum in a supermarket, bear with them and think beyond the screaming child. They are probably doing the right thing for the long-term safety and security of our stores! 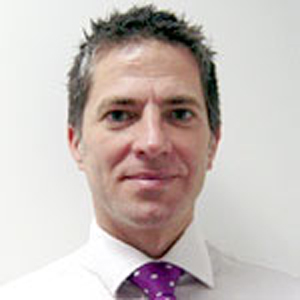 Who is Peter Page?

Peter Page is an experienced security practitioner with over 22 years’ experience at all levels across many industry sectors. He specialises in loss prevention, profit protection and organisational resilience.

Since 2006, Peter has worked throughout the Middle East and North Africa and is currently employed as Group Loss Prevention Manager by one of the region’s largest conglomerates.

Peter earned his CPP board certification in 2012. He is currently the Vice Chairman for the Dubai Chapter of ASIS International and serves as a member of the Middle East Advisory Council. He has an MSc in Business Continuity, Security & Emergency Management and wrote his dissertation on implementing ISO 22301- for which he received a distinction. He also has a post-graduate certificate in Security Management and is a lead auditor for seven international standards. Peter is a Member of the Business Continuity Institute and a Member of the Security Institute.

Peter is dedicated to raising the professionalism of the security industry and in particular, the development of fellow security practitioners through education and certification: He received the PCB award for his service to teaching the CPP certification and is an adjunct lecturer for Edith Cowen University, teaching the Diploma in Aviation Security.