Tethered Drones V Free Flying Drones – Which one will work for you?

Most people will have seen a small hobby drone flying around, you may have one yourself.  You will certainly have heard of them given the issues at some airports and other nuisance incidents.  You may have also seen the large commercial drones carrying sophisticated camera systems or other payloads like FLIR thermal imaging cameras, LIDAR and other mapping technologies.  But most people will not know what a tethered drone is and will certainly not seen one flying as there are so few out there in the world let alone the UK.

So, what are the differences and benefits of both types of drone?  Firstly, let’s make sure the language is correct, the Civil Aviation Authority (CAA) in the UK describes them as Unmanned Aerial Systems (UAS) some others describe them as Vehicles (UAV) both mean the same, the media has lumped everything into the same pot under the title ‘drone’, not very helpful as a drone could be an underwater ROV, a surface vessel, a robotic vehicle on the road and of course a UAS.  The CAA allows both types of UAS to fly up to 400 ft (120m) and both must remain at least 50m away from people, animals, buildings and vehicles, much greater distances with large crowds.

Free flying drones (UAS) come in all shapes and sizes, with 4, 6 or 8 motors and propellers, the most common being the quad (4) multirotor.  They can be built as bespoke systems and can cost tens of thousands of pounds and even more for very high-end units.  Most are off the shelf units supplied by the largest manufacturer (70% of world markets) DJI.  There are some exceptions but the vast majority fly with battery power, lithium polymer batteries are great for holding the power needed for drone flight, but are somewhat temperamental when it comes to charging, they don’t like the cold and have been know to spontaneously ignite, so care is needed when handling and in carriage.

The most expensive UAS may give you 60 minutes of flight, however, the average flight time is about 20 minutes and this is reduced when the batteries are cold and if it’s a windy day.  Free flying drones are controlled by a remote pilot who uses a radio frequency (RF) transmitter to control the drone.  RF signals can be jammed, and this can and has resulted in a ‘fly away’ situation where the pilot has no control over the drone, and it carries on flying until the battery fails. There are systems to prevent the fly away, but the pilot must deploy these before take-off.   Free flying drones often have sophisticated payload, however the more sophistication the heavier the data transfer requirement and this cannot happen is real time via RF or WIFI, so the drones have SD cards where the data is stored until the drone lands and it can be uploaded onto a laptop or tablet.  These drones are ideal for short bursts of work, and so long as you have a charger and a supply of lipo batteries and you are in no hurry for the data they can deliver a reasonable period of work.

The Tethered UAS (TUAS) Drone is a fairly recent technology, the TUAS is built of three main components, the base unit holding the power supply and winch or tether drum, the tether itself and of course the UAS / drone.  The drone will look very much like a standard free flying drone and will have 4, 6 or 8 motors and propellers, it will carry a payload, camera or other sensor in the same way, but it will be different inside.  It will have power transformers to take the power from the base station that has come up the tether and use that to power the motors, system electronics and the payload, providing continuous flight.  It should have a small back up battery to provide emergency power for a safe landing.  The ideal base unit should have a powered and dynamic winch to control the feed of tether and maintain a constant and programmable tension.  The TUAS should be fully automated and flown from a laptop or tablet and supply all the data securely (FIPS-140 TLS encryption) inside the tether to the drone and then provide payload and telemetry data back down the tether, all at broadband speed and in real time.

So, what are the advantages of a TUAS, flight time is measured in days not minutes, all data and UAS control is via the tether so never any fly away and flights are autonomous with no hands-on flying taking place.  If you need to put a communications pod, radio or mobile 4/5G into the air for several days and not lose the signal, or you want sensors deployed for extended periods or CCTV surveillance for 24 hours or more and with the knowledge that all the data is totally secure and being viewed in real time then a Tethered UAS is the solution for you.

TDS will be exhibiting the technology at the ARENA conference on November 6th. To find out more, click here… 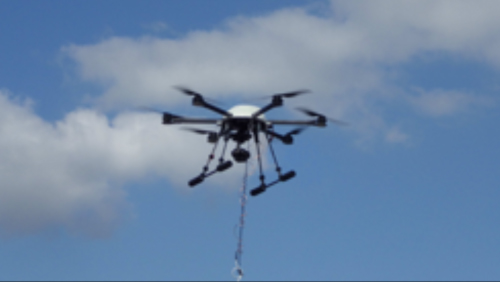 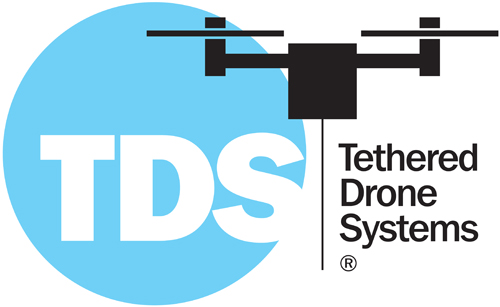 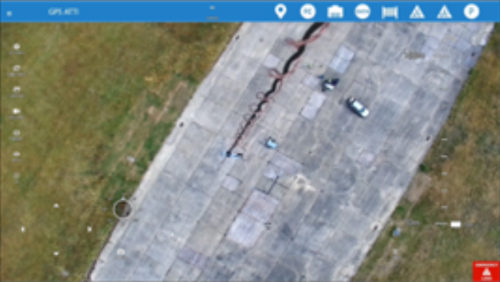