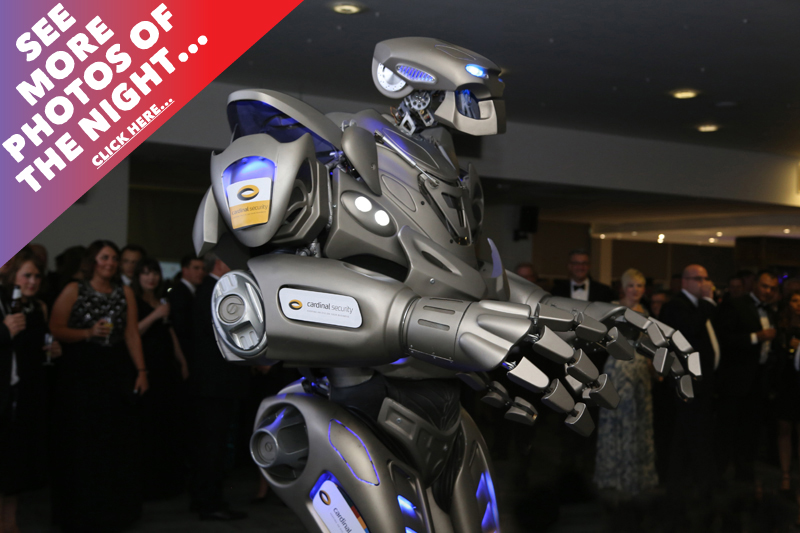 This year’s Fraud Awards, sponsored by WIS International, was a sell-out success…

Celebrating the best of retail risk and loss prevention, the evening provided a unique opportunity for the industry to recognise the retailers, teams, vendors and individuals who have made an outstanding contribution to the industry in 2017.

This year the proceedings were kicked off in unusual style, as an unexpected guest attended the drinks reception. Titan the Robot, a ten foot high technical marvel, entertained the assembled diners who were both terrified and amazed by the robot’s antics in equal measure. Thanks go to Cardinal Security for this “tongue in cheek” glimpse of the security guard of the future!

Once assembled, diners enjoyed an excellent meal, with free flowing champagne and wine before the Awards themselves kicked off at around 10.00pm.

Paul Bessant, Founder of Retail Knowledge introduced comedian Mark Gary Maier. Having hosted the Awards in 2015, Mark is quickly becoming to the Fraud Awards what Terry Wogan became to the Eurovision Song contest! Mark had the august gathering in stitches as he gently poked fun at various groups with few brands being spared! A terrific precursor to the Awards themselves…

This year saw a greater number of entries from retailers and vendors based in both the UK and overseas than ever before. In fact 2016 is probably the most hotly contested Fraud Awards to date.

VENDOR OF THE YEAR

CRIME PARTNERSHIP OF THE YEAR

RISK AND LOSS PREVENTION TEAM OF THE YEAR – IN-STORE

RISK AND LOSS PREVENTION TEAM OF THE YEAR – ONLINE/CROSS FUNCTIONAL

RISK AND LOSS PREVENTION DIRECTOR OF THE YEAR 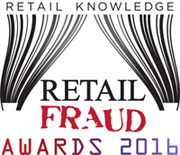