OUR TITLE SPONSORS FOR THIS EVENT

a welcome from our chair 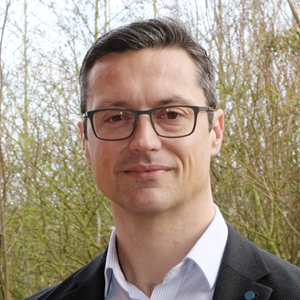 Terry is a mental health and personal safety expert, with extensive experience as both a frontline practitioner and trainer.

He is helping some of the UK’s retailers look after the mental wellbeing and personal safety of their employees.

He’s passionate about helping companies create a safer, healthier workplace, by placing wellbeing at the very core of what they do. Not only because it’s the right thing to do, but because it makes good business sense. Happy, safe employees make better employees.

As a former frontline officer and supervisor in the Police he has first-hand experience of managing personal crisis, both from members of the public and staff.

He understands that our health and the way we feel has a huge impact on the way we behave, the decisions we make and our productivity. 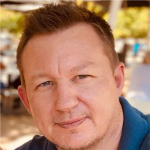 Keynote: a look into the future of Retail Risk

The future of Operational Risk and RFID are closely entwined at iconic British fashion retailer River Island. Expect unique insights and a memorable session from Jon, who is a renowned international speaker. 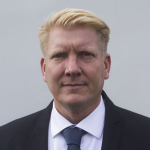 How to minimize risks and improve security

Erik brings a global perspective, from his vast experience of providing risk and security services to retailers and shopping centres in some challenging parts of the world. 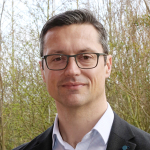 In the heat of the moment – why do make the decisions we do?

Being threatened or assaulted is not a part of anyone’s job. It’s a serious risk to an employee’s physical health and mental wellbeing. Furthermore, it is leading to serious mental health issues, an increase in stress-related absence and, for a growing number, a decision to leave the retail sector altogether. A dynamic and enthralling speaker, Terry is a mental health and personal safety expert, with extensive experience as both a frontline practitioner and trainer. He works with global retailers as well as security and loss prevention teams. Terry was born and grew up in South Africa and currently lives in the UK where he is a Director at Oakwood Training.

Terry believes that the mental health and personal safety needs of employees are fundamentally linked. The way we think and feel has a huge impact on the way we behave, the decisions we make and our performance at work. He believes that normalising and de-medicalising the conversation around mental health in the workplace is essential for meaningful change.

As a former frontline officer and supervisor in the Police he has first-hand experience of managing personal crisis, both from members of the public and staff.

When he’s not teaching or developing courses Terry spends much of his time running around after his 11- and 8-year-old children, playing cricket for his local team and shouting at the TV when the Springboks rugby team are playing. 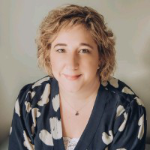 A round table discussion

Carmen is a senior Strategy, Risk and Governance specialist and this is an unmissable opportunity to join her in a discussion exploring the potential of using data in your business. 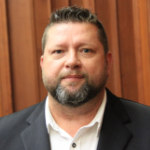 Taking the lead against violent crime

How do we address serious and violent crimes in retail?

Join us for this this important discussion which will include:

With 31 years of experience in the safety and security industry, Jaco has worked as a Detective in the South African Police service for 16 years. His later years were in the Unit Against Serious & Violent crimes which specialises in the investigation of murders, cash-in-transit robberies, armed robberies, and hijackings cases.

Jaco has also worked as a regional manager at UTC Fire & Security, a security advisor for local government (Dept. of Community Safety) and a security risk manager for a renowned local security company. He has been the chairman of the South African Pharmaceutical Crime Task Group for the past six years.

Jaco holds a degree in Police Science (law enforcement) and various other qualifications in the forensics field. He is a Certified Commercial Forensics Practitioner and a Certified Ethics Officer.

Return to the Speakers at a glance page